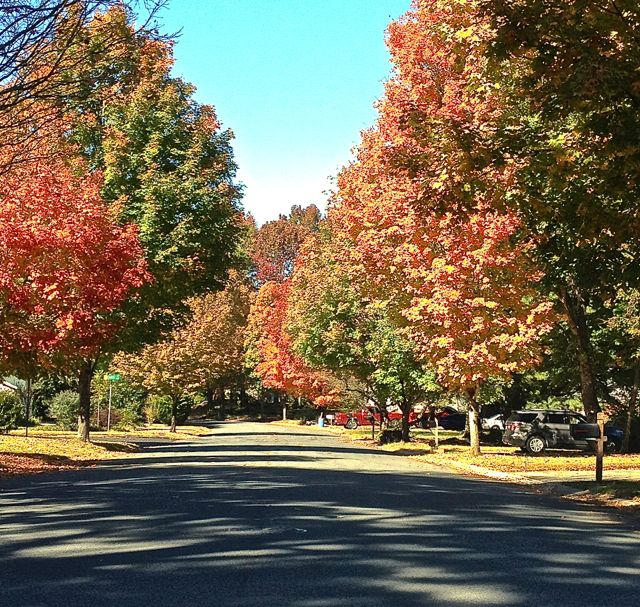 We interrupt the guest room redo for a true confession story about voting. It was a glorious, warm, fall day. Maybe one of the last warm ones. Leaves are "peaking." The Gardener and I went out to exercise our freedom by casting our early vote. In true unorganized last minute fashion, I ran to the computer to print off the list of who all we wanted to vote for, including the judges. When I first saw the list, the judges were at the end, in a tidy row. At least I thought I remembered that. I'm sure it was on some list I saw.

The first distraction to my vote was that we voted at an empty doctor's building that years ago was my ob/gynie's office building. My second distraction was a woman offering us a list of judges to vote for. Was this legal? Then I realized she was quite a distance from the door. Then the woman who did my final check-in lives up the street from me and our conversation about sinking yards further distracted me.

As I stood in my little booth I gazed out on what had been the waiting room for my doctor. I started thinking about the many, many hours I had sat in that room waiting for appointments. And then I suddenly remembered that on my last visit I had left a piece of me there. Whenever I think of carrying my uterus and appendix home from Africa in a jar of formaldehyde, I get a bit amused, remembering the reactions during security checks. I had placed it on my doctor's desk, wanting pathology done on it.

So I went ahead, focused the best I could, and placed my vote. I carefully followed my list as it went pretty much in order. At the end were the judges. But at the end of my cheat sheet, the judges were missing. I glanced over at the Gardener. He certainly was taking a long time. Was he upset that the judge list was missing? I nervously tried to find it on an email via my phone, even though a large sign on the wall over the Gardener's head said "Do not use cell phones." Did that include using the internet? It was really too dark in the room to see the phone anyway.

Later, to my chagrin, I found the judges tucked in the middle of the list, not in the order of the ballet as the other names had been. I need to stick to my normal polling place where there are no distractions.