chapel by the sea 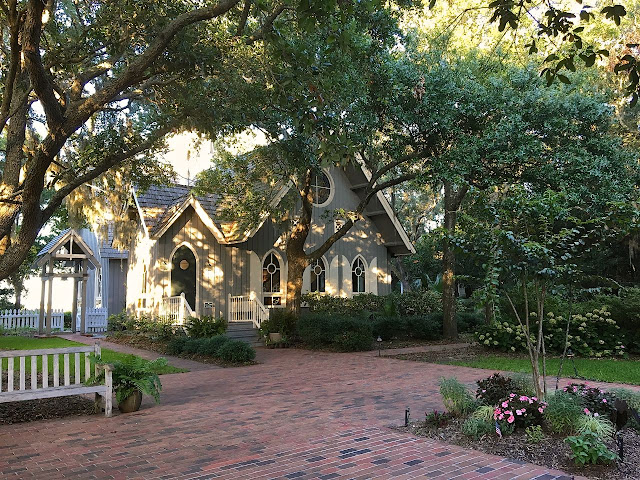 Alongside "Old Baldy"--the longest standing lighthouse in North Carolina--
sits this ever-so-charming chapel. We saw it first as daylight faded. 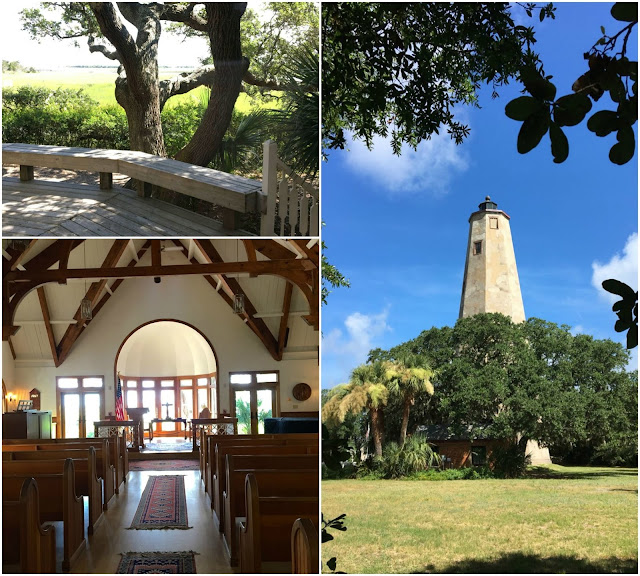 Actually it's along Bald Head Creek, but ever so close to the ocean as well.
The Gardener and I were so taken by it that we went over the next morning,
and sure enough we could go inside to have a look around.
It is as beautiful inside as it is outside. 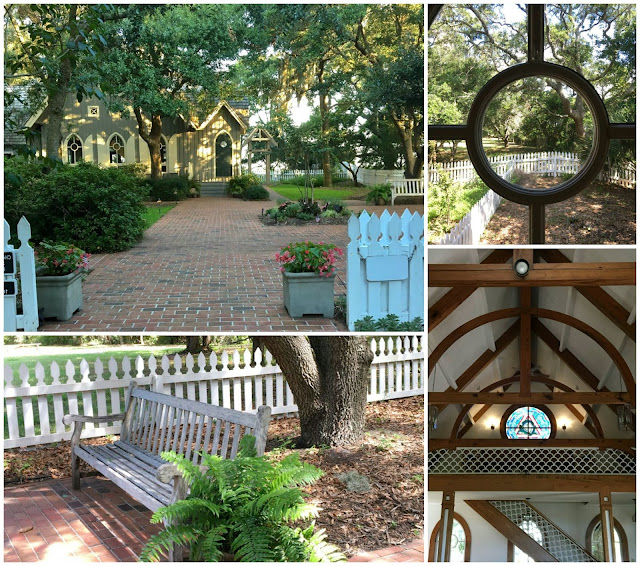 Visits from different siblings bookended a week at the beach
with our son's family, so it's been a busy time lately.
Bald Head Island has a different feel to it than most beaches I've experienced.
Having to take the ferry over made us think twice about what we took with us.
It's a quiet place with lots of shade and old trees and no motorized
vehicles--just the hum of golf carts which are so fun to drive.
But--don't forget to plug them in for a recharge! 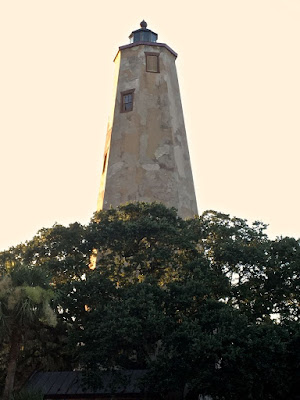 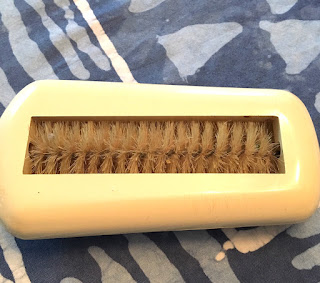 I've been around long enough to remember the Fuller Brush man coming to our house several times a year, and the Electrolux vacuum salesman as well. I think the Fuller Brush guy was more interesting. We'd hover around just waiting for him to release the locks on his suitcase and open it to an array of wonder. Brushes, scissors, combs, cleaning tools and so much more. I suppose my mom bought things from him but what I remember most is just seeing it all, especially the beautiful brushes. I think the same man came back each time.

The vacuum salesman also made a big impression in another way. Mother kept a clean house but he could find dirt every time he came. He would vacuum a small portion of the sofa and then dump the contents on a pristine white piece of paper. How amazing and appalling. Could we be that dirty?

We recently purchased a vacuum cleaner since the one I'd been using of my mom's was not working well. And it suddenly occurred to me how in the rapid flight of time, it had turned 30 years old. It was hard to decide between a bagged vacuum, which I've always had, or a bag less. I chose a bag less and love it, but––sigh––it's not a pretty picture. Before I was oblivious to the amount of dirt in my house, and now that it is so visible in the clear canister, I am more than slightly mortified. The directions say to empty after each use. That's a bit much I think, but my goodness, when I do and see what I collect in the next vacuuming––well, I need to change the subject, its so humiliating. 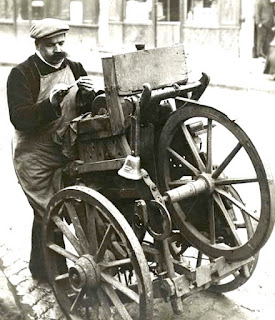 To take my mind off dirt, we also had a potato man who would come by selling potatoes by the sack. Mom would store them in the basement. I seem to remember her sometimes giving him a hot meal before he went on his way.

My favorite itinerant was the scissor and knife sharpener who would come by about once a year. He walked, pushing a large contraption. He would ring a tinkly bell and call out "Scissors!" We must have heard him because we would run to collect scissors and knives and take them outside for sharpening. He was a weathered old man who knew his trade well.

When I did a little research on these knife grinders, it seems much of what I read related to the Chicago suburbs, which is where I grew up. It may be a coincidence, but apparently other midwesterners remember these guys coming up their streets as well. Do you?

How we loved these little interruptions to our simple "Leave it to Beaver" life in a Chicago suburb. 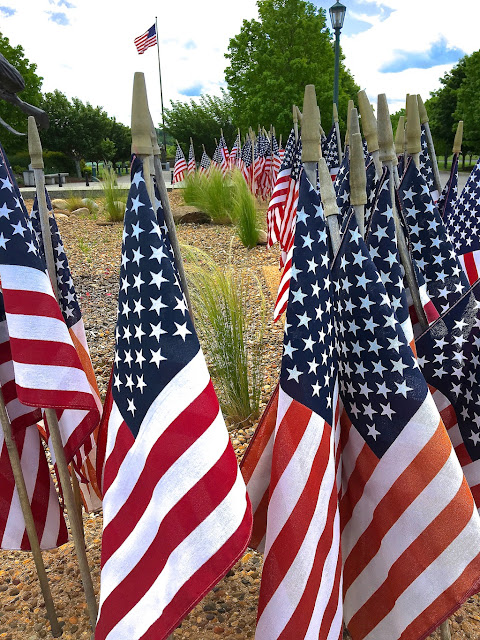 Freedom is not something to take for granted,
and it's something to value each and every day.
I pray that God will continue to bless America.
Happy Independence Day, a.k.a. the "4th of July."