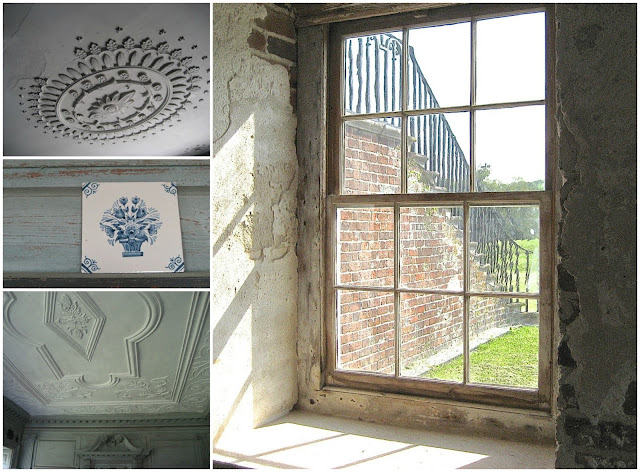 I'm drawn to architectural details everywhere I look it seems, 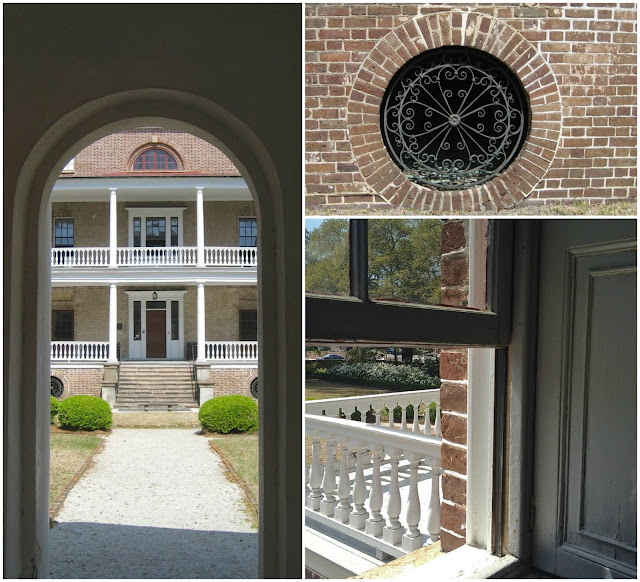 but maybe especially in Charleston, SC. 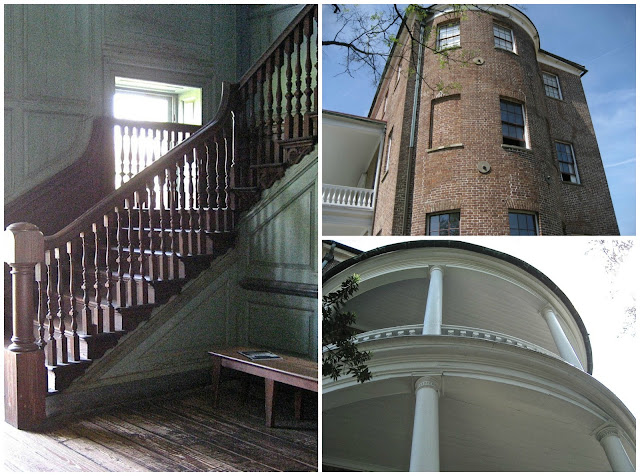 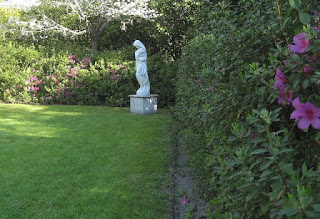 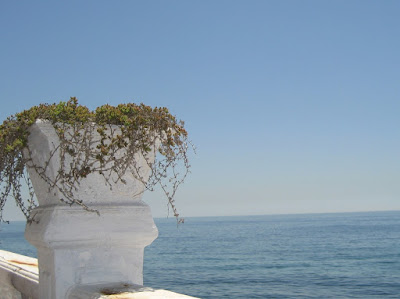 1. Have you ever been fishing? Did you catch a fish? If so did you keep it or throw it back?
If  you haven't been fishing is that something you'd like to try?
I was out on a boat fishing in the ocean when I was in high school and caught a sizable fish, much to
my--and everyone else's--surprise. I think it was cooked later but I don't remember that part. That
might be the only time; I'm not crazy about working with the bait.
2. What's something you're always fishing for in your purse, wallet, desk, or kitchen junk drawer?
No surprise here--keys.

3. Your favorite fish tale or movie?
Jonah and the Whale, followed by Pinnochio. 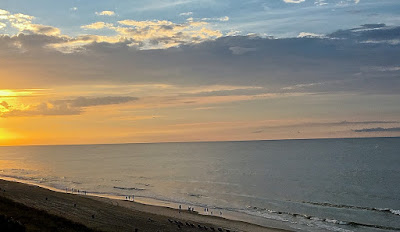 4. Are you sunrise, daylight, twilight or night? Explain why you chose your answer.
Love sunrise. I'm a morning person and one of my favorite birthdays was breakfast on the beach
at sunrise. Such good friends to get up at five to do this for me. I have lots more energy in the
morning and rarely sleep past five, maybe because of years of rising at that hour to go to work.
And mornings are full of hope for the day.

5. What's the oldest piece of clothing you own and still wear?
I have plenty of old clothes but what comes to mind as possibly the oldest, from the mid-80s is an
old blue sweater with, yes, shoulder pads. I don't wear it out of the house.
6. We've got one more month of (officially) winter here in the Northern hemisphere. Are you feeling the need for a getaway? What's been the best and worst part of your winter so far?
The worst has been waiting for winter to actually come, and never knowing if the clothes I put on
in the morning will have me sweating by afternoon. The best has been fires in the fireplace, though
not as many as most winters. (too warm) And with our early spring there is a yearning for a road trip.

7.  The Wednesday Hodgepodge lands on National Margarita Day...will you be celebrating? Frozen or on the rocks? Are you a Jimmy Buffett fan? If so, what's your favorite JB tune?
No idea about this holiday. A fish out of water, you might say. At the moment I can't
think of a favorite JB tune, so maybe there is none. 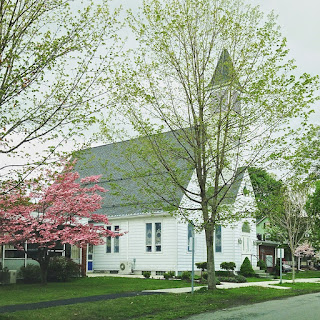 8.  Insert your own random thought here.
I've noticed young men wearing hats in churches, when they pray, and maybe the most
shocking, a young man in the front row at his grandma's funeral. Am I just showing my age, or are
some modicums of respect worth preserving (and teaching)?

Visit From This Side of the Pond for more hodgepodges! 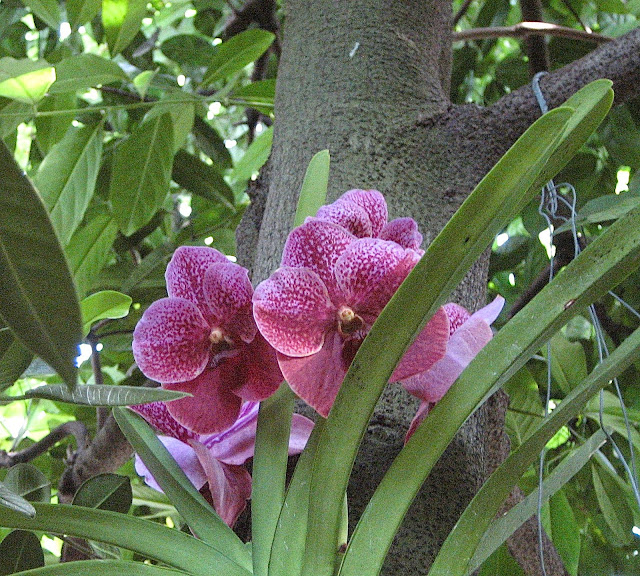 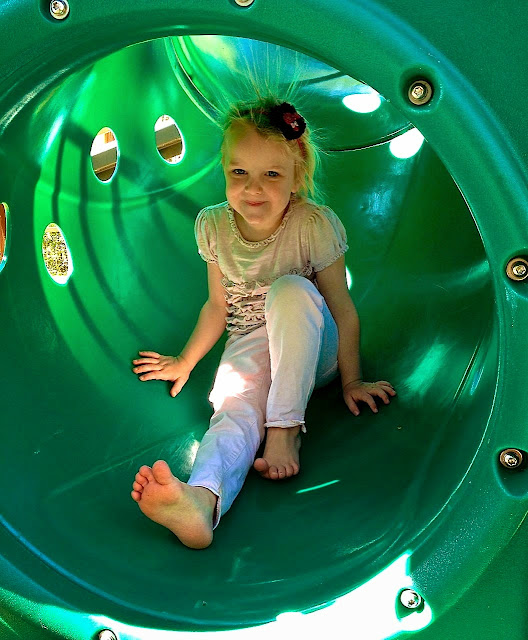 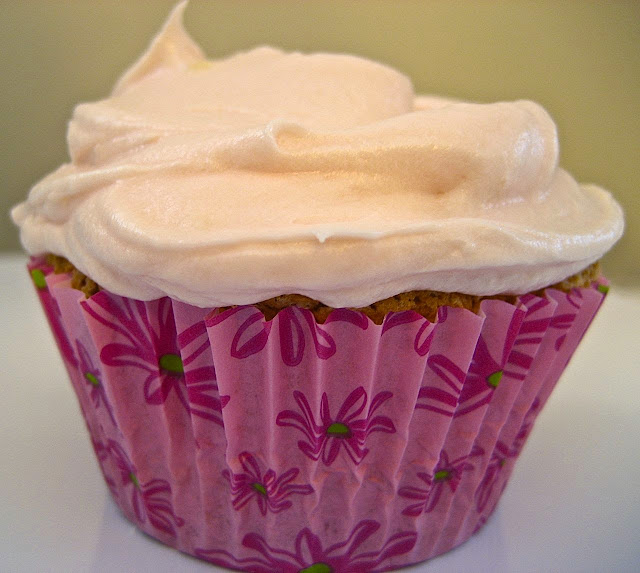 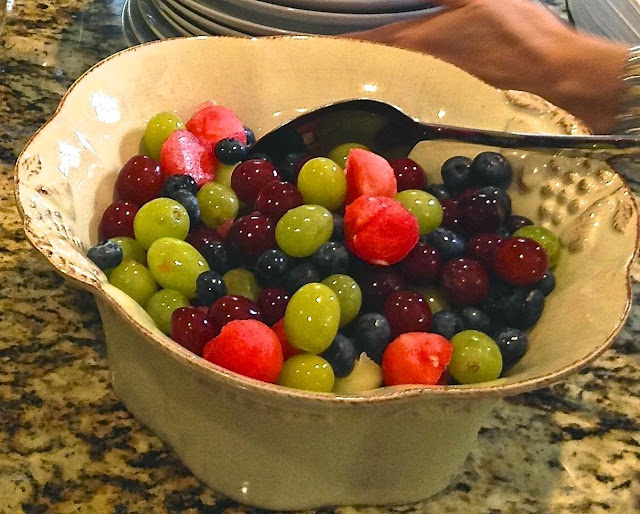 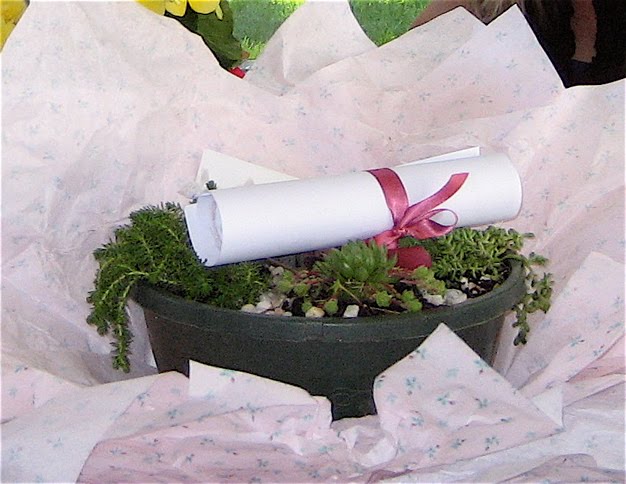 Some of my favorites.
Joining Amy's Five on Friday.
Posted by podso at 8:42 PM 22 comments: 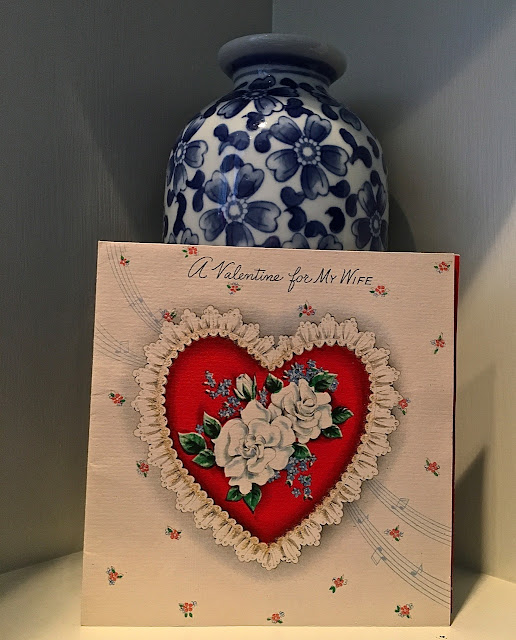 I was so pleased when I found this valentine my father
sent my mom. Hallmark 1944.
His sweet message inside reminded me of the deep love they had for
each other, that always was evident to us children.

I remember how much we loved Valentine's day as kids.
We gave a valentine to each one in our class. But the best part was
decorating shoeboxes with hearts and tinfoil or tissue paper.
The slot in the top was important.
They became mailboxes that each child dropped their valentine into.
How fun to take it home and open the valentines!
Posted by podso at 8:14 AM 12 comments:

on the high wire 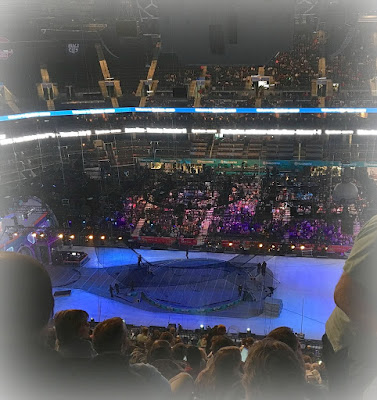 The big circus made it's last stand in our city this week. The last time we went was when our boys were young. Now one was taking his children and they invited us to join them.

Our seats were up really high. We climbed endlessly it seemed, narrow steep stairs filled with people going both directions. The Gardener's bad back, my bad knee … what were we thinking. At least there was oxygen up there. Finally we arrived ready to plop into our seats. There were six smiling young adults to climb over to reach our seats. But why not go to the empty seats behind ours, they suggested, and step down into our chairs? Easy for 3, 5, 8, and 35 year-olds. But us? The Gardener bravely positioned his foot on the arm rest of the seat below. He teetered and towered at six and a half feet tall, his son reaching out to help. Later he joked that all eyes were on him, thinking the show had started right there––a giraffe on a high wire. 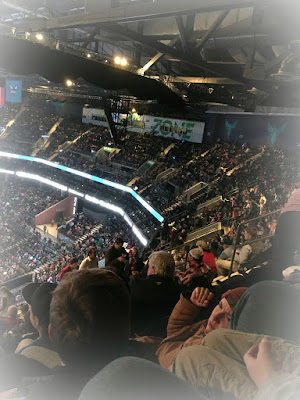 Safely down, he reached to assist me. It was a steep reach to get my first foot down into the seat below. But my other leg, with its two-year-old knee replacement, refused to follow. Awkward at best. I'm sure we were still part of the show though my descent was not as dramatic as the tall Gardener's.

I claimed the honor of my gray hair and marched down to the six, still smiling and friendly, and suggested they needed to rise and let me get to my seat. They didn't seem apologetic, but were very nice and, yes, smiling.

Once we got settled, the big show began in earnest. Even though far away, we could see and hear well. The kids were enthralled and mesmerized. Watching their faces was the very best part. I asked the Littlest later what she liked the most. "All of it, Grandma, just all of it."

I'm so thankful we were able to make circus memories with our grands at least this one time. 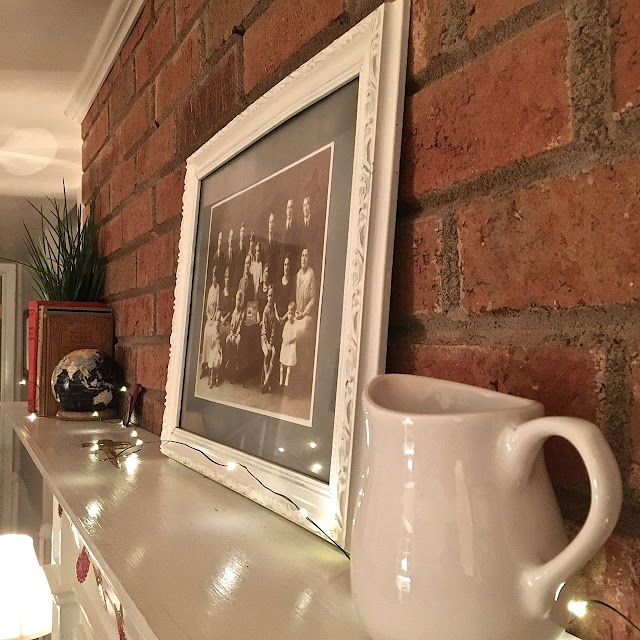 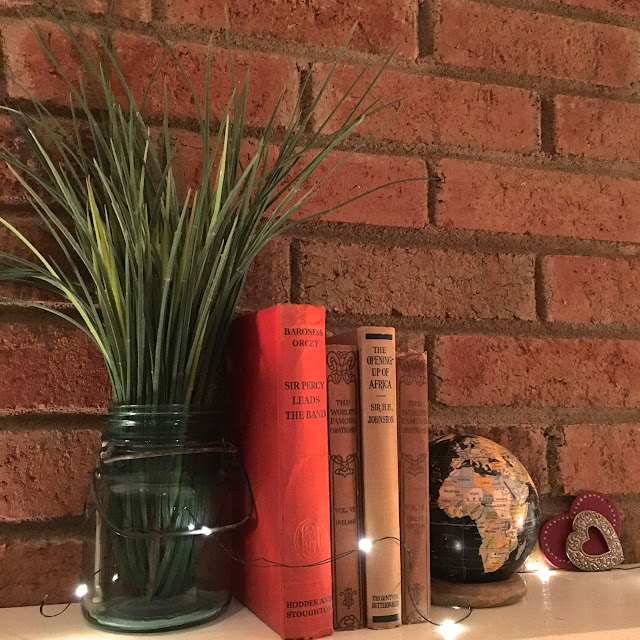 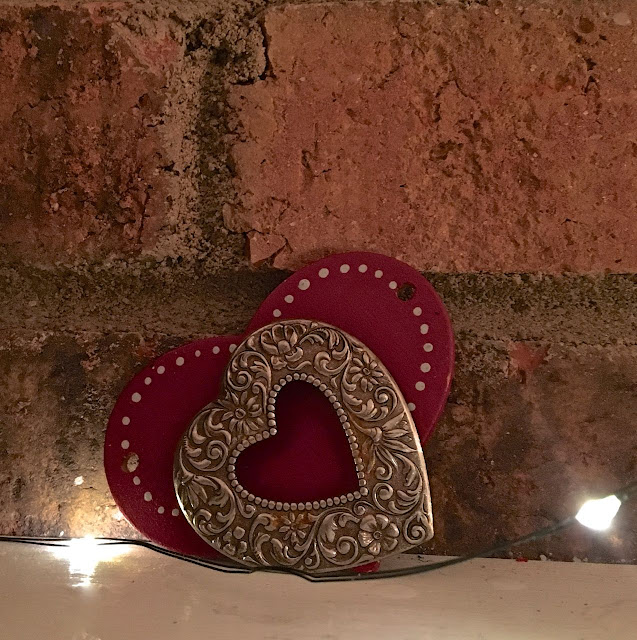 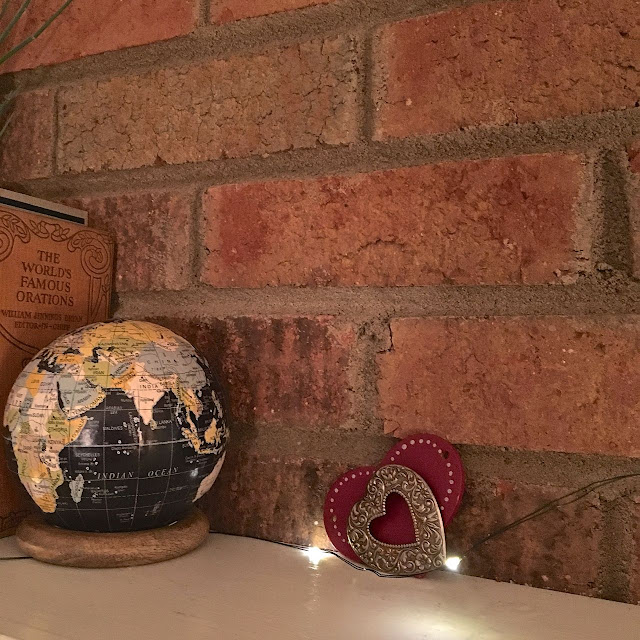 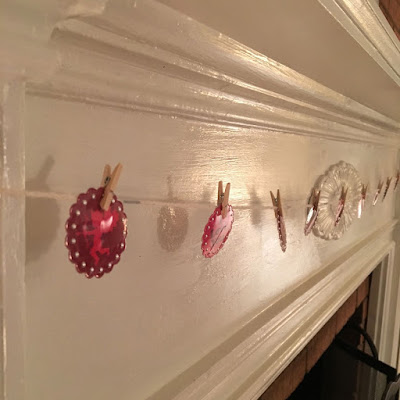 I'm loving the little white lights on the mantle that I left out
after Christmas. Five views of our mantle today and
wishing you all a wonderful weekend.
🏈
Joining Amy's Five on Friday.
Posted by podso at 8:15 PM 28 comments: