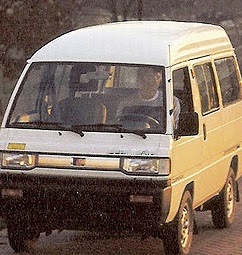 It was a dark and stormy night ... well, not really. It was actually a warm, sunny morning. So clear is my memory of that day that I can smell the scents of the vehicle, feel the humidity of the air, and most of all remember the stress I felt ... like it was yesterday. Another nurse and I had taken a team of teenagers to Romania to work in orphanages for two weeks. Some of the girls and I were heading home via Hungary where we would get our plane back to the States. But first we had a long drive––from a little town in Romania to the big city of Budapest––in a rented van with a hired driver who, it turned out, had no clue where he was going. He stopped to pick up a woman friend who seemed to know the way, or so we thought. He also didn't know English and we didn't know Romanian or Hungarian. The one thing our driver knew was how to finagle the exits on the motor way in order to avoid the tolls. He would meander around back roads, getting back on the road after the toll booth had passed. I know this took a lot more time, and meant he was pocketing the toll money we had included with his payment.

What normally would be a six-hour drive took us 12. One bathroom stop early on, and no further stopping for food, water or a bathroom. We would gesture or try to ask in exaggerated English but he did not understand––or would or could not find a place for us to stop. It was dark when we finally got to the outskirts of Budapest. He was totally lost. Once he stopped in a dark alleyway to ask directions. Eeery. Through it all the girls were calm––I gather they were sort of considering it an adventure––until it got ridiculous and then we all became a little "on edge." I felt the heavy weight of responsibility. Eventually I saw a young woman walking her dog on a busy street and motioned the driver to pull over. I got the brilliant idea to hire a taxi. Thankfully the woman spoke some English and helped me make the call from a complicated phone booth. In no time a taxi pulled up, very willing to accept my cash payment of 10 American dollars. There were too many of us to climb into the taxi, so the taxi led the van to our destination, which ended up being just a few blocks away! Never was I more thankful to see a hotel. The management there had waited up for us and ordered some pizzas for us to devour. But first, we all headed to the "loo." A day we will never forget!