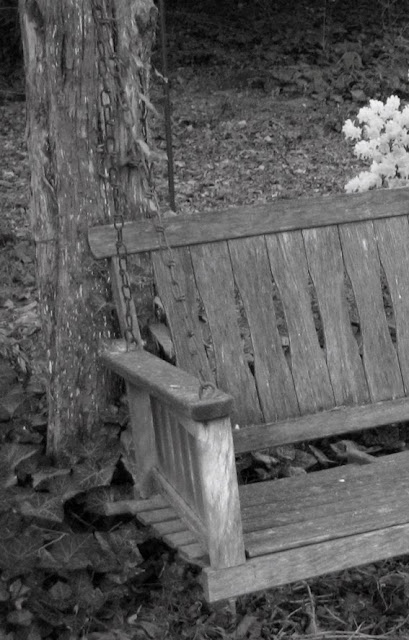 A good friend of my mother's died. Actually quite a few friends of Mom's are dying ... and cousins, brothers-in-law ... I guess that's what happens when you get old. If you live long enough, it can get pretty lonely. This was a particularly good friend; Mother ate dinner with him and his wife every night at the small retirement center where she lives. G. was a good friend of my dad's as well, and added much culture to their conversation around the dinner table.

We went to his memorial service last weekend. The place was packed out with residents, and G's former students and friends from afar. Old hymns were being played as people gathered, waiting for the service to begin. I suddenly realized that low hums were accompanying the piano, growing louder all the time. I found myself joining in. The old hymns I grew up with -- how could I not hum along as the others were? As one song was being played, a woman next to mom leaned over to say, "This is my favorite song; it will be used at my funeral." I looked at the program, and noticed one song my mother had already requested for her service. She pointed to the one on the opposite page and said, "That would be great too; I love it."

I looked around at all the (mostly) octogenarians, there to honor a friend, looking as fit as they could, but many suffering with some ailment related to age. I wondered just what was in their minds as they laid another friend to rest. "Will I be next?" I'm guessing each one was thinking. I felt like I was in a sort of "waiting room."


"Man knows not his time," someone has said, but how good to have a hope in what lies ahead.
Posted by podso at 5:34 PM