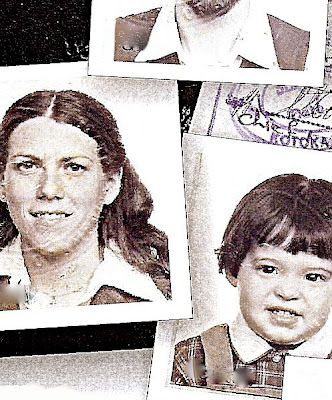 Our youngest walked a week after we arrived in West Africa ... at 10 1/2 months. Some were horrified we would take a baby and a toddler to a country so far away from home. I hadn't thought a thing about it--hopping on the plane with no hesitation. But then I got there. And realized what we had done ... moving so far from family and friends and all the security of life in America.

It is a known fact that I don't do change well, and this move to West Africa was a prime example. I would have nightmares at night, I'd wake at three in the morning with a pang in my gut at what we had done. I could hardly face making porridge for breakfast (yup, I missed cheerios!) I knew we were in the right place, but it didn't seem like I could bear it. Tears came frequently and lasted long. I couldn't eat. The days passed and the pounds fell off. I soon was a skinny-minny. Colleagues became concerned and drew the Gardener aside to discuss what to do about me. My little boys would just hold their mama with great hugs as she cried.

Quite frankly I think the 10-inch lizards sunning on our baby's crib were part of the problem. The patient and understanding Gardener would chase after them, catch them, only to have the tail left in his hand while the little fellow dashed off to grow a new one.


After two months I adjusted. We moved to the upstairs flat where those big guys didn't bother us. I began to feel at home. I looked outside myself and made friends. I grew to   l.o.v.e  our life there.  I adjusted so, so well. I wanted our boys to grow up there.

I still don't do change well. You'd think by now I'd realize it's a constant in life and that I need to just roll with it.  If I look at history, I see that I get through a change just fine, and I see how the threads of life weave together so beautifully. If I could just learn that once and for all.

Photo: passport pics from the early days.
Posted by podso at 11:04 AM