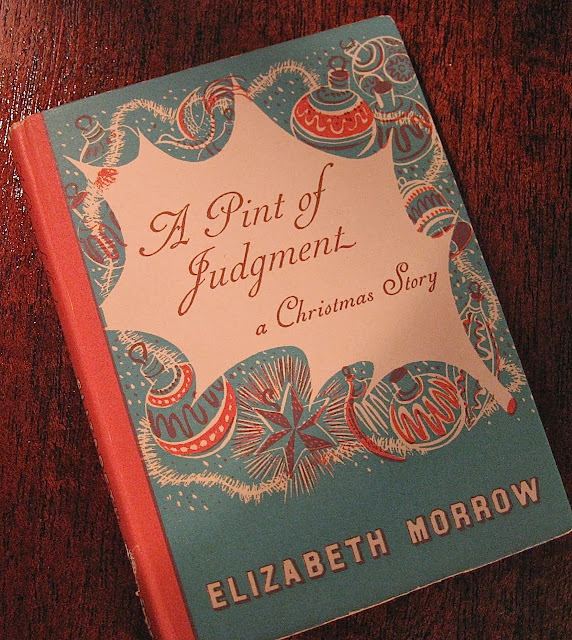 Sallie wanted to give the best Christmas present ever to her mother. At the end of her mom's wish list was "a quart of judgement." Sallie overheard her mother tell her father, "I need that most of all, at least a pint of it." But what exactly was a pint of judgement and how much did it cost? Sallie's wise uncle told her it was just "good sense." So Sallie found a pint jar and started changing her three dollar bills into cents, trying to get a full pint of pennies.

This little Christmas tale, written in 1939, wove its way into our hearts as Little One and I snuggled on the couch reading the other day. Because Sallie's hands were so cold on a December day she was thankful for her white fluffy muff. "What's a muff, Grandma?" Father, in the story, had on his Christmas list a pipe cleaner (we knew that one), an ink blotter and a pen wiper, and a decorated box of matches. We started to giggle as we read, there were so many strange items in the book---strange, that is, to Little One. We began to make a list as we would research them after the story was finished. With each item we laughed even more. "What's a hot water bottle, Grandma?" "What's a guest towel?" "What's a silver pepper?" 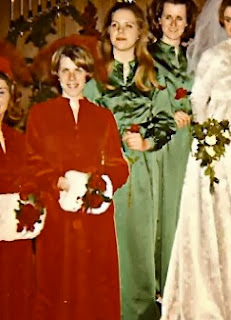 It's amazing to realize how far removed the 1930s-40s are from today. It's difficult to read old fashioned books to today's kids as the lingo is so foreign. I've been told by English teachers to keep reading; they will figure it out. After the story we took our list and went around the house to figure out what everything was. And it all made "sense." For starters, this grandma was in a Christmas wedding many years ago and carried a white muff. Now Little One thinks she may need one.

Little One was hanging out at our house before she went caroling with us to a nearby nursing home. She looked so sweet dressed in her red corduroy jumper (this grandma also had a red corduroy jumper when she was in KG.) One more comment speaks of the times we live in. Not-so-Little One needed to go get a drink or something in the middle of our reading.

"Grandma, could you pause that for a minute?" 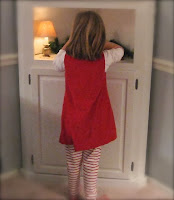